Posted by Unknown at 9:33 AM No comments: Links to this post

Posted by Unknown at 3:17 PM No comments: Links to this post


“Stop, Drop, And Eat” At Shriners Hospital For Children


CBS Radio teams up with Shriners Hospital, PG&E, Sacramento Metropolitan Fire Department and many other local organizations for the “Stop, Drop and Eat” event held on February 28th from 11a.m.-1p.m. Event features include appearances by the Sacramento Kings dancers, SactoMoFo food,  Home Depot kitchen displays, safety demonstrations and so much more! The ultimate three day, two night stay package provided by El Dorado Hotel and Casino in Reno is just one of several prizes to be given away at this event.
Grab a bite, enjoy the atmosphere and you could win in more ways than one!
Free admission and parking to all!
Where: Shriners Hospital for Children (2425 Stockton Blvd, Sarcamento)
When: Thursday, February 28, 2013 from 11a.m.-1p.m. 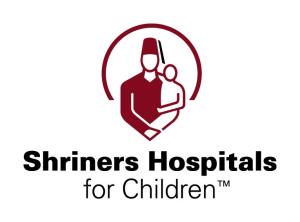 “Don’t be dismayed at goodbyes. A farewell is necessary before you can meet again. And meeting again, after moments or lifetimes, is certain for those who are friends.”
Posted by Unknown at 5:16 PM No comments: Links to this post

A Day at the Cutter Races


Public installation of Imperial Sir John Cinatto as Big Chief Little Feathers by Korein Past Potentate Wayne Flagg of the Cheyenne, WY Indians I was very moved (Oh, that was something else moving).

Attached are a couple of pictures of Imperial Sir John receiving his Training Head Dress. After a successful training period He should receive his Chief Big Feathers head dress.  This all took place during the first day of the 42nd Annual Jackson Hole Shrine Club Cutter Races. 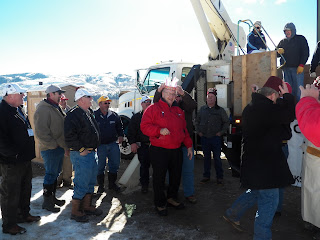 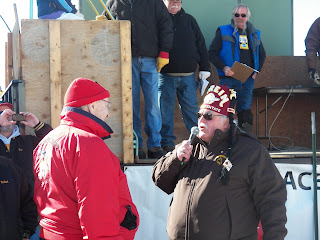 Posted by Unknown at 11:57 AM No comments: Links to this post

a First for Shriners Hospital for Children-Sacramento

The Greater Sacramento New Car Dealers Association has pledged $1 million over 10 years to pediatric research at Shriners Hospitals for Children Northern California.
The endowment, part of the association's "Accelerate Hope" campaign, will be used to establish the "Fund for Innovation" to help treat sick and injured children at no cost to their families.
"This is the first association donation of its kind for Shriners Hospitals for Children... ," said Alan Anderson, development director of the Sacramento hospital. "Their gift is ground-breaking in its magnitude …. "
Officials said the funding will enable the Shriners Institute for Pediatric Regenerative Medicine to do further research on the prevention of congenital conditions, such as cerebral palsy, and enhance treatment of traumatic injuries.
John Driebe, president of the dealers association, said he hoped the research "will not only benefit the children but … have broader-range implications for adults as well."
The Greater Sacramento New Car Dealers Association represents more than 80 members in the region.

Posted by Unknown at 10:18 AM No comments: Links to this post

Kristine Littlefield, 16, of Centerville, jumps off a box at Park City Mountain Resort during the Un-Limb-ited Amputee Camp on Wednesday, Feb. 6, 2013. The five-day camp sponsored by Shriners Hospitals for Children in partnership with the National Ability Center.
Ravell Call, Deseret News
Summary
Teenage amputees from around the world have converged on Park City Mountain Resort this week, learning new skills and making connections with other youth who understand the challenges they face.

PARK CITY — Teenage amputees from around the world have converged on Park City Mountain Resort this week, learning new skills and making connections with other youths who understand the challenges they face.

The participants have been hitting the slopes by day and going swimming and bowling at night as part of a skiing and snowboarding camp held by Shriners Hospitals for Children.
The 16 youths ages 13-18 at the Un-Limb-ited Amputee Camp hail from as far away as Chile, but each receives prosthetic and limb treatment in Salt Lake City.

Shriners is in its eighth year of providing the five-day camp, which is funded by donations to the hospital's activity fund and is free for the teenagers and their
families.
"Almost across the board, there are no other amputees in these kids' schools or their towns," said Matt Lowell, camp co-director. "It's good to come together and talk about the same challenges, the same stories. It's fun to see kids just totally become at ease and comfortable being themselves with each other."
The teens spend four hours per day with specially trained skiing and snowboarding instructors from the National Ability Center.
Camp participant Santiago Vega has qualified to represent Chile's ski team in the 2014 Paralympics in Sochi, Russia, and others are striving for similar goals.
"I just love being able to hit the slopes fast," said Centerville resident Kristine Littlefield, 16, who is attending the camp for a third time.
"The instructors have really pushed us and been helpful and nice."
But the camp isn't held primarily for competition. About half of the teens are still trying out the bunny hill. For the more experienced skiers and snowboarders, the rush of flying down the mountain becomes the main draw, but participants initially sign up to find friends who understand their situation.
"Especially now with social media, these guys are on Facebook with each other, and they text each other even after camp," said Laura Lewis, co-director of the camp. "When they go to school and they have a hard day, they've got some sort of support system to turn to. They (can say), 'It's all right. Someone knows exactly how I'm feeling in this situation.'"
Oakley Doyle, 13, of Riverton, is taking part in the camp for the first time. Oakley said she felt at home with the other teenagers from day one."I like all the kids that are in (the camp) because they were so welcoming," she said. "The second I walked in, I already had friends."
Daniella Jimenez, 17, of El Paso, Texas, has been enjoying her third and final year at the camp. She said her job is be a role model to the amputees with less experience.
"None of our situations are exactly the same," she said. "But in one way or another, you can relate to another person, just as far as how it happened or an experience you had that was similar. … The other kids will hear you've gone through the same things they have, so they can relate to you and look up to you at some point."
Necia Wiggins, who has volunteered with the camp for three years, said spending time around the amputees has changed her perspective on life."It just refreshes your soul to be with these kids," Wiggins said. "It's amazing to hear how well they cope with the cards they've been dealt with."

Posted by Unknown at 9:26 AM No comments: Links to this post 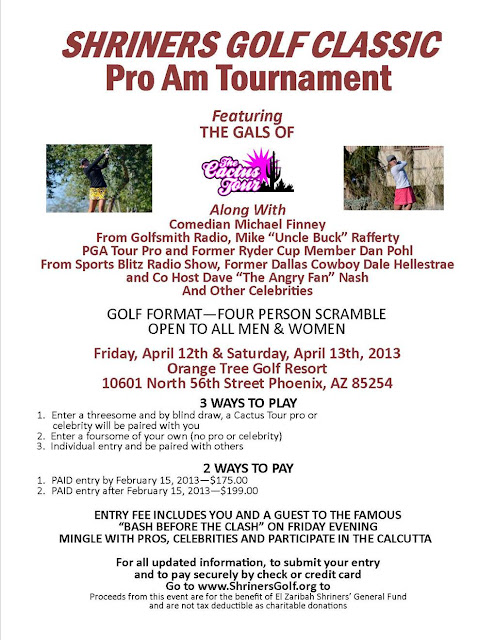 Posted by Unknown at 3:57 PM No comments: Links to this post

Monday, Feb. 4, 2013 - 12:00 am
A 5-year-old boy scalded by hot oil from a frying pan. A toddler who lost her lower legs and a hand to a raging infection. A young man whose car burst into flames after being struck by a drunken driver.
These are just a few of the patients who have received care at Shriners Hospitals for Children Northern California since the facility opened in 1997 on Stockton Boulevard in Sacramento.
Shriners has been a godsend for many families – providing free burn and prosthetic care that would otherwise cost hundreds of thousands of dollars.
Shriners cares for children up to the age of 18 regardless of a family's ability to pay, though in recent years it has begun billing insurance companies for treatment of patients who have coverage.
In addition to treating children, the national Shriners Hospitals for Children organization focuses on preventing burns through education.
This is Burn Awareness Week, and Shriners is kicking off a yearlong education campaign focused on preventing scaldings and fire- related injuries in the home.
Information and educational materials can be found at www.burnawareness.org.
– Mary Lynne Vellinga

TIC TOC - AN EVENT OFFERING THAT
WILL SATISFY   Y’ALL
NO TIME LIKE THE PRESENT ---
THINK VALENTINE, AND NOT TO WASTE,
SO RSVP NOW – NOW – NOW
CELEBRATE WITH US ON FRIDAY, FEBRUARY 8TH 2013 STARTING AT 5:30 social hour, 6:30 start dinner
**** GRANTS PASS MASONIC CENTER ****
OASIS NO HOST BAR, A GREAT MENU & WONDERFUL COMARADERIE GUARANTEED TO BRING ROMANCE FOR THE EVENING

JOIN THE FESTIVITIES WELCOMING OUR POTENTATE VISITATION OF HILLAH TEMPLE FOR 2013 –
Bob and Lady Elaine, The Mallorys –
Hoping you’ll be there!
Menu: Green salad with dressing, Chicken / secret sauce (umm-umm), cut green beans with bacon, specially prepared whipped potatoes/gravy, and a special pleasing desert for the mood.
$13 SINGLE - $25 COUPLE
Please call 541-474-3887 OR email tresslcw@charter.net
Posted by Unknown at 12:35 PM No comments: Links to this post