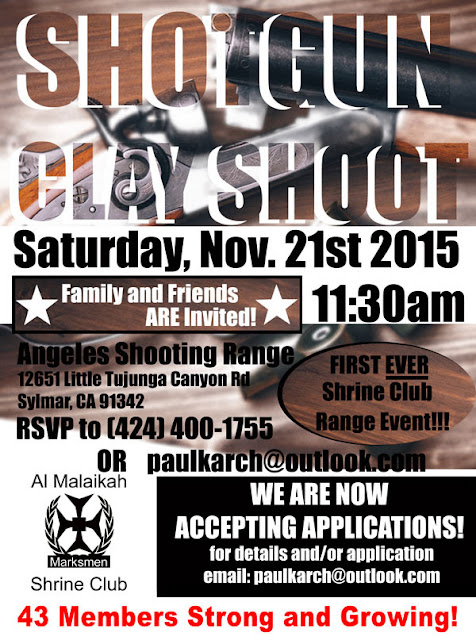 Posted by Unknown at 3:59 PM No comments: Links to this post

Then, my brother told us to call the Shriners.

SACRAMENTO, Calif.--(BUSINESS WIRE)--Children who need braces and artificial limbs are the beneficiaries of a new computer-aided design and manufacturing system at Shriners Hospitals for Children – Northern California. The high-tech system consists of a camera, scanner, computer-modification software and a 3-Axis Carver, a machine that cuts prosthetic and orthotic molds from pre-sized cylindrical polyurethane foam. Installed in the hospital’s orthotics and prosthetics lab earlier this year, the advanced technology has made the process for making prostheses, braces and burn masks faster, more efficient, less invasive and more effective.

Children are the beneficiaries of advanced technology at Shriners Hospitals for Children - Northern California.
Tweet this

“We no longer need to rely on plaster or fiberglass to make a prosthetic limb or brace for a patient,” says Dan Munoz, manager of the Pediatric Orthotic and Prosthetic Services (POPS) at the Northern California Shriners Hospital. “Now, thanks to scanning technology, we use a hand-held camera and mouse to begin the molding process.”
Under the old system, prostheses and orthoses were molded by hand. To begin the process, a practitioner would make a plaster or fiberglass cast of the patient’s limb or face. Now, patients no longer always need casts made. Instead, Munoz or a colleague scans the patient’s body part with the camera, which instantaneously transmits a three-dimensional image to an adjacent computer screen. Then they modify the image on a computer, which can take as little as 10 minutes. The image is sent to the in-house Carver, which cuts a mold in minutes.
The Canadian firm Vorum installed the cutting-edge technology that was made possible by a $116,000 donation made to the Northern California Shriners Hospital by The Gately Foundation, which supports medical science, education and enrichment of the lives of children in Northern California.
The digitized system promotes collaboration among Shriners Hospitals, making it possible for the Sacramento hospital to fabricate devices for Shriners hospitals in Los Angeles and Salt Lake City. It is allowing satellite centers to open, like a recent one at a Shriners hospital in Spokane, which has never had an in-house orthotics and prosthetics lab. Now staff can scan patients and digitally send the images to a Shriners Hospital lab with a Carver for fabrication.
The digitized system also allows POPS to keep an electronic record of every device they make, including about 3,000 devices a year. The comparative data provides information that may promote new research studies and improve patient care.
Shriners Hospitals for Children – Northern California is one of five Shriners Hospitals nationwide with a Carver. Having a handful of fabrication centers, rather than many hospitals operating independently and making their own devices is a new business model Shriners recently adopted, says Munoz, manager of Pediatric Orthotic and Prosthetic Services (POPS) at Shriners Hospital in Sacramento.
The cost-saving model allows Shriners to serve more patients, give patients a more consistent experience, and reduce the number of days out-of-town families will have to spend in Sacramento.
Shriners Hospitals for Children is devoted to transforming the lives of children through excellence in treatment, teaching and research. Located at 2425 Stockton Boulevard in Sacramento, Shriners Hospitals for Children – Northern California provides care to children with orthopaedic conditions, spinal cord injuries, burns, cleft lip, scars from any cause and other complex surgical needs. There are no barriers to care as admission is based on age and diagnosis. Care is provided regardless of the family’s ability to pay. For further information call (916) 453-2000 or go online towww.shrinerschildrens.org.

Shriners Hospitals for Children
Catherine Curran, 916-453-2218
Public Relations
ccurran@shrinenet.org
Posted by Unknown at 11:45 AM No comments: Links to this post

“Why is a creepy clown a bad idea?”

Halloween. It’s the time of the year when scary clowns are lurking everywhere.  As a variation of P.T. Barnum’s famous quote, “clowns are the pegs on which a circus is hung,” scary clowns are the pegs on which a haunted house is hung. They are frequent choices for costume parties, and unlike the other costumed characters, there is something about a scary clown that leaves lasting impressions on the public. Those impressions can dramatically and negatively affect those who rely upon their makeup and clowning to make a living, and they can also affect those who clown for humanitarian causes.
It doesn’t matter how talented a clown is with her craft or how exquisite her makeup and costume is or how friendly she is. It only takes one creepy-looking clown and bad experience, movie, or image to re-frame someone’s perspective about clowns, and those who have had those bad experiences don’t keep it to themselves. They reinforce their own bias against clowns by saying “I’m scared of clowns“ over and over, almost as if it’s become fashionable to do so.
In society today, people aren’t exposed to clowns frequently like they were in the first half of the 20th century to know how clowns ‘should’ act, so a single bad encounter could turn the person against clowns and clowning for life.   By the 1950s, the American circus was still a staple of American life, and clowns could be found on cereal boxes, bars of soap, shoe advertisements, soft drink labels, school textbooks, magazines and of course, on television.  But as the American circus began to fade with the proliferation of television and other forms of entertainment, so did our exposure to clowns, and two subsequent events would establish the image of scary clowns in our psyche forever.
In 1978, John Wayne Gacy was arrested for the murder of dozens of young people. Gacy was a clown and images of him in his costume were plastered in print and news media for years until his death in 1994.  In 1990, Stephen King’s “IT” came out in the theater and today, “Pennywise” the clown still haunts the memories of those who first saw the film 25 years ago.  But it’s been the subsequent and growing number of scary clown depictions that are making it so hard for traditional clowns to ply their trade today.
At a nursing home where I clown, the old folks who grew up with clowns appreciate the work we do as caring clowns. It’s actually the young CNAs and staff who are the ones who proclaim, “I’m scared of clowns,” and who literally freeze up when we come through even when wearing minimal makeup. This directly affects our ability to help people who are hurting when we have to tippy-toe around the staff, whom we are also there to help. Well-trained clowns in a hospital environment can greatly improve the mood of a patient and floor staff, but not if the patient and staff are fearful of what they feel clowns might represent.
Traditional clowns today, at least in the United States, are constantly exposed to those who proclaim a fear of clowns. But while “coulrophobia” exists, it’s actually quite rare.  For most, it’s merely a conditioned response to clowns that’s been developed and reinforced over time through imagery and repetitive internal and external  dialogue.
Lastly, it’s important to mention that when we speak against evil and scary clowns, we’re not making judgements about the people in costume, we’re only lamenting on the inevitable long-term affects that scary clowns can have on children and adults.