The latest info.  Our go-carts were recovered.  We managed to get eight carts into yesterdays parade.
Four of them had been stripped, reworked, sloppily painted, parts removed, etc.  It appears they were trying to change the appearance so they couldn’t be identified.  They are in the ‘the cart hospital ICU’ as they need some big help.
So until we can repair, repaint, and tweak the remaining four carts we’ll be running with only eight carts on the ground.
Thanks go to the Sac Sheriff Dept and Sac Police who quickly followed up on some tips called in from the community.
Thank you family & friends for your thoughts, comments, and I’m sure prayers as they all helped to lead to the recovery of our prized go-carts.  Although the police are sure that it took a small team, two of the perps are currently behind bars.
God Bless,
Ralph

http://www.kcra.com/news/shriners-parade-goes-on-after-stolen-mini-cars-found/26172878
Posted by Unknown at 12:36 PM No comments: Links to this post

(KUTV) Masonic Temples in Utah are usually closed to all but members, and its ceremonies are largely secret. On Saturday they opened their doors to the public, giving everyone a rare glimpse inside.

"I've driven by lots of times and have always wanted to come in," Julianna Spencer of Salt Lake told 2News Saturday, "I think it's a beautiful building and a rich part of our heritage and I wish I would have been here sooner."

Spencer joined dozens who came to Saturday's Open House hosted by the Freemasons....

Posted by Unknown at 8:48 AM No comments: Links to this post

The Central Sacramento Valley Shriners Club set up a booth at the Care for Kids event at the Yuba City Town Center on April 10. They provided gifts for the kids and free Shriner Children Hospital information for the parents. Merlin Mitchell from Yuba City performed as Magic the Clown and entertained the kids with custom-designed balloons. Joe Goss, Jerry Paine, Dale Brookins, John Fontes and Don Landrus all were present to educate the public on Shriners Hospital Care for Children.
On May 1, the Central Valley Shriners also attended the Yuba City Downtown Business Association Certified Farmers Market on Plumas Street from 4 p.m.-8 p.m. Gary Kidde of the Ben Ali Shrine in Sacramento entertained the children with free custom-designed balloons. Jeff Davidson of Yuba City was present to answer any questions and offer information to parents about care. Don Fredell, Jerry Paine, Joe Goss, Dale Brookins and John Fontes attended and were there to off help with the guidelines.

The Shriners would like to thank the Yuba City Downtown Business Association for allowing us to participate at the Certified Farmers Market on Plumas Street. 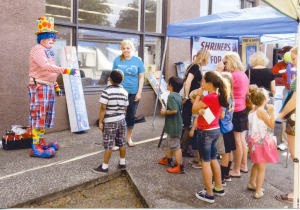 Posted by Unknown at 9:43 AM No comments: Links to this post

Bacon, sausage, eggs, biscuits and gravy and more will be part of the Big Bear Masonic Lodge’s All-You-Can-East Big Breakfast on Saturday, May 17. (File Photo)
By Michael P. Neufeld
Big Bear Lake, CA – The Masonic Lodge’s All-You-Can-Eat BIG Breakfast will be held the third Saturday of the month through October — starting May 17 — from 7:30 a.m. to 11 a.m. Eggs, bacon, sausage, sausage gravy and biscuits, pancakes (regular and chocolate chip), home-fried potatoes plus coffee, juice and all the trimmings.
Breakfast costs $6 for adults and $3 for children under 12 and will be served at the Big Bear Masonic Lodge at 385 Summit Boulevard in Big Bear Lake (between the Sheriff’s Station and Bear Valley Community Hospital).
Food is donated by Grizzly Manor Cafe for the BIG Breakfasts that are set for June 21, July 19, August 16, September 20 and October 18.
Posted by Unknown at 10:50 AM No comments: Links to this post

Posted by Unknown at 10:47 AM No comments: Links to this post

Published: Friday, May 9, 2014 10:55 AM PDT
The winners have been announced for the 57th Annual Elk Grove Western Festival’s parade, held May 3. They include a diverse array of marching bands, pirates, and Shriner bands who paraded from Old Town to Elk Grove High School during a breezy spring morning. 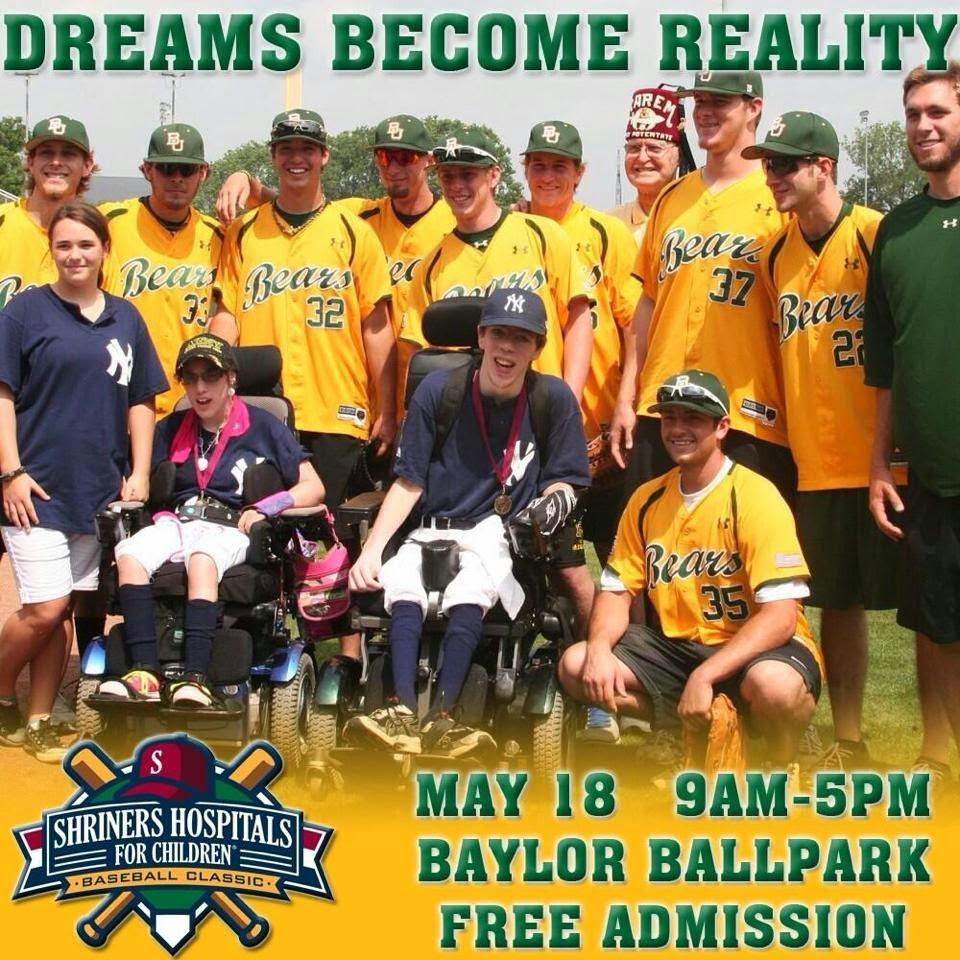 Posted by Unknown at 9:38 AM No comments: Links to this post

For the last several years the Casper Shrine Club has had a unique fundraiser that is always highly anticipated.
Every year at this time of the year folks start looking for the sweet Vidalia onions to show up and they are here. Starting today Wednesday, May 7th, and until they last , 18,000 lbs of Vidalia onions will be available for purchase from 9-6 at the Casper Shrine Club at the corner of 39th and Coffman, right behind the Sunrise Shopping Center. A 10# bag will cost you $15. Last year it only took 3 and a half days to sell out, so if you aren’t quick, you will miss out. There is also a chance that remaining onions will be available at Sutherlands during the car show on Saturday.
Here is a new recipe from www.grilling24x7.com that I ran across that will be made with this batch of onions.
Bacon Wrapped Onion Rings with Sriracha Mayo Dipping Sauce
Ingredients
1 pack Bacon
4-5 Sweet Onions
2 T Black Pepper
1/2 cup Sriracha Hot Sauce
2 T Mayo
1 tsp Lime Juice
Cooking Directions
Cut onions into 1/2 inch thick rings and pop the internal rings out until you have a nice sturdy onion ring.
Brush onion with hot sauce.
Wrap each onion ring with bacon and secure with a skewer or toothpick.
Heavily cover the onion rings with pepper and smoke, grill or bake for about 90 minutes at 250-350 degrees.
To make the spicy sriracha mayo, combine 2 T of mayo, 1 T of sriracha sauce, and 1 tsp of lime juice. Mix well.


Read More: Shriners Sweet Vidalia Onions Have Arrived | http://k2radio.com/shriners-sweet-vidalia-onions-have-arrived/?trackback=tsmclip
Posted by Unknown at 2:46 PM No comments: Links to this post

THE JOSEPHINE COUNTY SHRINE CLUB WILL BE HONORING THE PLAYERS AND COACHES
FOR THE EAST WEST SHRINE GAME  THIS WILL INCLUDE THE PLAYERS FROM JACKSON AND JOSEPHINE COUNTIES
THE DINNER WILL BE HELD AT THE GRANTS PASS MASONIC CENTER
SOCIAL HOUR 5:30 PM   DINNER 6:30 PM

PLEASE PLAN ON ATTENDING AND SUPPORT THESE YOUNG PEOPLE

Shrine Circus to Tour the U P

Shrine Circus to Tour the U P: The Shrine Circus is touring the Upper Peninsula
Posted by Unknown at 8:08 PM No comments: Links to this post