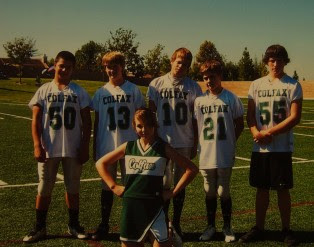 Five Colfax Jr. Falcon football players and a cheerleader will participate in the annual Shriners Bowl at 5 p.m. on Saturday at California State University, Sacramento.

This is the fourth year the Jr. Falcons have been invited to participate.

An eighth grader at Weimar Hills School, this is her first year on the cheer squad.

The daughter of Mark and Lisa Holderman enjoys reading and video games.

An eighth grader at Colfax Elementary School, he is the son of Kathy and Steven Calleja.

Chancey Trentman has played for the Jr. Falcons for three years. Currently, he is the team’s running back.

In addition to football, Trentman enjoys playing basketball and baseball.

The son of Mike and Melodee Trentman is an eighth grader at Weimar Hills School.

Jack Primo Baldoni has been a Jr. Falcon for five years and is currently the team’s linebacker.

He is an eighth grader at Weimar Hills and is a member of the swim team.

His parents are Danny and Wendy Baldoni.

Michael Wilson is the quarterback for the Jr. Falcons. He has been a member of the organization for four years.

His parents are Dan and Debbie Wilson.

Linebacker Mario Margherita has been with the Colfax Jr. Falcons for five years.

An eighth grade student at Colfax Elementary School, he is the son of Andrew and LeAnn Margherita.

The game is a fundraiser for Shriners Hospital, which provides free medical care to children with orthopedic conditions, spinal cord injuries and burns.