A Drive to Help

By Kaija Swisher Black Hills Pioneer |
SPEARFISH — He estimates he’s given away close to 5,000 handmade wooden cars.
“I saw some pictures in a magazine one time with some toys,” Ron Ackerson, of Spearfish, said of that aspect of his woodworking hobby that he began in his retirement. Raised in Ellendale, N.D., Ackerson lived in Williston and worked in the oil business before retiring about 10 years ago, when he and his wife, Helen, moved to Spearfish. He started Ron’s Antler Art, making custom creations ranging from lamps to chandeliers and beyond as he developed the craft. 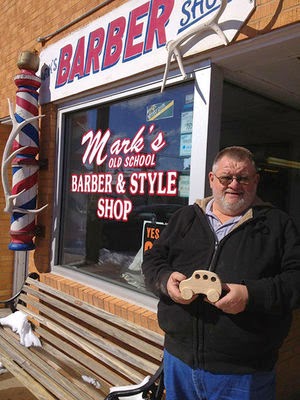 After seeing the magazine photos, he decided to try his hand at toys, as well. As a Shriner, Ackerson is familiar with the Shriners Hospital for Children in the Twin Cities of Minnesota, and when he learned that the hospital preferred toys without finish, nails, or metallic pieces, he began making and donating 150 wooden cars each month to the hospital. He delivers the cars to Rapid City, and they are then transported to Minneapolis. He later got a call from the Shriners hospital in Houston, Texas, which had heard about his wooden toys. They asked how much he charged, and he explained that they were donations, asking how many the hospital might be interested in.
“They said, ‘Well, we’d like to have 1,000.’” Ackerson said. “I said OK — but you’ll have to arrange for shipping.” And sure enough, representatives drove up to Spearfish to pick up the wooden cars in a brand-new pickup, after an auto dealer who heard about the donation provided the hospital the use of the truck for free.
Ackerson said there’s a lot of satisfaction in knowing that children can enjoy the toys he makes, and he knows the hospitals have a great need for toys of this kind.
In addition to the Shriners, Ackerson has donated toys to various organizations on the Pine Ridge Indian Reservation and to the St. Labre Indian School in Ashland, Mont., and he also donates cars to local businesses, including Perkins Restaurant and Mark’s Old School Barber & Style Shop. Ackerson knew that Perkins supports Give Kids the World, a nonprofit organization that provides weeklong fantasy vacations to children with life-threatening diseases and their families in central Florida, and anyone who makes a donation to the organization at Perkins receives a wooden car. As a result of this partnership, Ackerson started making bigger models of the wooden toys, adding tractors, semi-trailer trucks, dump trucks, trains, and more, to give to donors supporting the organization.
Marc Casavan, owner of Mark’s Barber Shop, said that he had known Ackerson for years, and last year Ackerson asked if the barber shop would be interested in having wooden cars on hand to give out to children. Casavan said they would, and now the barbers hand out the cars to children who come in for haircuts or to those there with their families. Many have never seen handmade toys before, and Casavan said they are excited at the prospect of getting to customize the cars with paint.
“It’s pretty unbelievable for him to donate that around to everybody,” Casavan said. “He’s taking time to do that — that’s something special.”
Amos Armijo, barber at Mark’s Barber Shop, agreed.
“The barber shop really appreciates what he does. The kids are excited when they pick up the cars,” he said. “He’s just been a miracle to us.”
Most of the material Ackerson uses to make the cars is donated by Custom Woodworks and ProBuild, and he is always looking for donations of white or yellow pine, since those types of wood are harder to come by.
While it takes a lot of time and equipment, Ackerson said that he can make a couple of dozen smaller wooden cars in a day, and though he hasn’t had a chance to go to the children’s hospitals where his cars are distributed, he gets a lot of thank-you cards from the groups there.
“I just enjoy doing it,” Ackerson said.
To read all of today's stories, Click here or call 642-2761 to subscribe to our e-edition or home delivery.
Posted by Unknown at 5:04 PM