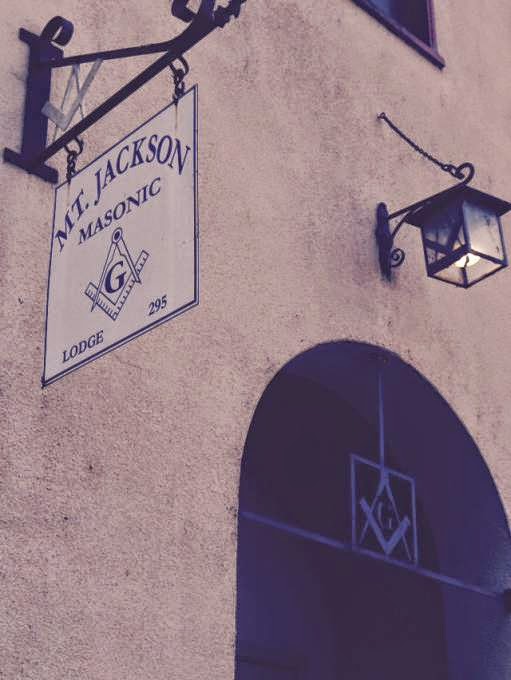 The Mount Jackson Lodge #295, where the order comes together at 6:30 p.m. on the second Thursday of each month, has reposed quietly on Third and Church Streets in Guerneville since local Masons built it 1925. The public is welcome to join the members on meeting days for lunch and a brief program at 11:30 a.m. but, says local master Jeff Schloo, “We are not allowed to ask anyone to join the group. They have to ask us.”
A recent open house seemed like a good way to accomplish that goal, featuring informative talks followed by burgers, hot dogs, beans, salad and beverages accompanied by recorded jazz as a way to introduce the Lodge to the community.
Schloo, 58, pointed to a sticker on the Lodge’s Third Street window: “If you want 2B 1 of us ask.”
“I can’t say, ‘Hey I think you would make a good Mason,’ ” he said. “You have to knock on the door of a Masonic Temple and ask. We want you to join of your own will and accord.”
The Mount Jackson Lodge gathering featured informative talks followed by burgers, hot dogs, beans, salad and beverages accompanied by recorded jazz.
The Russian River Historical Society and sheriff’s station were represented, as well as the curious and the homeless. No one who wanted to meet a few Masons — and perhaps have a bit of lunch — was denied. Current California Grand Master of Masons Russell E. Charvonia also was in attendance.
The Mount Jackson Lodge, #295, was chartered on September 17, 1889, now one of 356 Masonic lodges in the United States. Most have between 35 and 40 members, Schloo said. The Mount Jackson Lodge has 57 who spend much of their meting time training for more advanced degrees in the Masonic hierarchy.
“Freemasonry is for people who wish to improve themselves spiritually, mentally and physically, as a parent and a friend, as a member of their community and ultimately as a servant of God,” Schloo explained.
Aside from petitioning this ancient order for membership, interested people must:
Be men of lawful age (18 years old). (For the rest of the story go to http://www.pressdemocrat.com/news/3677784-181/want-to-join-the-guerneville